Dear Members & Friends of the Federation,

FHVI was officially registered under the Co-operative Societies on 26th October 2017, as the first All India Federation of Historic Vehicles in India. Also, we are proud to announce that FIVA, the world body of Historic Vehicles has not only recognised the FHVI but also accepted us a member in December 2017.

We had the First General Body Meeting on Sunday the 6th May 2018 in Bangalore. We had representatives from all zones of the country and people who could not attend, sent in their regrets. All proceedings were conducted as per law and in a Democratic manner.

Following were the proceedings;

2. Lighting of the lamp by all the Club and Museum representatives.

3. Welcome address by Dr Ravi Prakash, highlighting the birth, struggle and formation of the FHVI. Presently it is the only Registered/Recognised Federation representing the Historic Vehicle Collectors across the country.

4. Election Officer Mr. Sulaiman Jamal conducted the elections in a democratic manner through ballot papers. Following are the results; 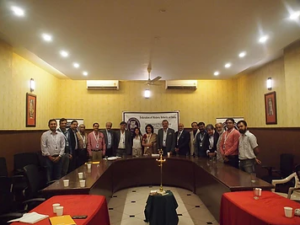 5. Deliberations were done in the General Body and the salient points discussed were;

– Thanking FIVA for its acceptance of FHVI as its member. FIVA is also official partner of UNESCO.

– Projecting FHVI and making it an all inclusive organisation by taking it to all parts of country. Provision for all new clubs/organisations as Associate Members is possible, so that all will get the benefits of the Federation.

– Address issues with Historic Vehicles legislation with Govt of India and State Governments.

– We are planning to have the Federation badge with the registration no, club name and serial no. This will provide an proper identity and give recognition to the Historic Vehicle.

– Having a website at the earliest, which will help not only update the progress made by the Federation but also help all the collectors in the country to access the right information with regard to rules/regulations and other vital information. Also to link with FIVA website to update on the international events and happenings.

– Suggestions and help from all members is welcome to improve the functioning of the Federation and to make it more inclusive to one and all the collectors across the country.

6. Vote of thanks was given by our General Secretary Vikram Singh. Thanking one and all and requesting all members to bring in more members even though they aren’t registered but yet they can be associate members without voting right. The Federation not only becomes more inclusive but also reaches to the remotest part of the country where Historic Vehicles Collectors can become part of the Federation and enjoy the benefits of the same. 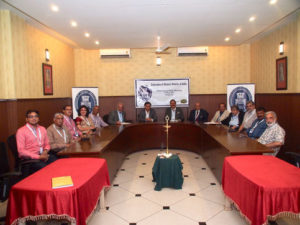 Later we had a Grand Finale with scintillating music by well known Accordion player Mr Prakash and also by our own Secretary Mr. Pallab Roy.

We do hope with all your support, we can take this movement forward to greater heights.

Yours in Historic Vehicles Movement,